How Much Taurine Should Be In Dog Food?

By Corey Farrugia
Last Update: December 15, 2021
This post contains affiliate links and we will be compensated if you buy after clicking on our links.

Science cannot yet quantify the exact amount of taurine that should be in a dog food. Avoid certain boutqiue diets or gain-free diets to help prevent taurine deficiency.

Taurine levels and taurine defficiency is a complex issue. Beware of false information and advice on the web written by non-experts.

My name is Corey and I’m a practicing Veterinarian. I’ve diagnosed many cases of taurine deficiency in dogs.

Some breeds are more susceptible to this than others. Certain boutique types of dog food diet can contribute to this. Certain food preparation processes are also to blame.

To get to the bottom of this, we need to review some physiology and biochemistry.

Sit down, buckle up, and get ready for a science lesson.

Taurine is an amino acid.

Ok, but what are amino acids?

Amino acids are the building blocks of proteins. Proteins in turn are the basic building components of structures and tools around the body.

Essential amino acids are taken up by the animal from its diet. Therefore animals that need taurine as an essential amino acid cannot live on a vegan diet and would have problems surviving on a plant-based diet without developing serious health issues.

Taurine was thought to be one such difference. Dogs are able to produce taurine while cats are not.

However, cases of taurine deficiency have lately been confirmed in dogs.

Taurine’s Role in the Body

Taurine has a few special roles that can’t be filled by other amino acids.

For example, it forms part of bile, a fluid that helps your dog’s gastrointestinal tract to digest fats and oils, as well as the fat-soluble vitamins A, D, E and K.

It acts as an antioxidant throughout the body and may help combat inflammation.

It is also found in the brain, where it takes part in many different physiological pathways, and the eyes, where it helps protect the retina.

Finally, it is also necessary for normal, healthy muscle function, including the heart muscle.

How Does a Dog Get Taurine?

Unlike cats, dogs can not only acquire taurine directly from their diet, but can also produce it from other sulfur-containing amino acids (methionine and cysteine).

Taurine is found abundantly in ingredients of animal origin such as meat, fish, dairy and is barely found or completely absent in other food sources.

*Organ meats had higher amounts of taurine than muscle tissue.

Dogs can also produce taurine by metabolizing other amino acids: cysteine and methionine.

These amino acids go to the pancreas where they take part in a metabolic process using two key enzymes, cysteine dioxygenase and cysteine sulfinic acid decarboxylase, to produce taurine.

This is then sent to the intestines where it is absorbed along with the dietary taurine.

Dogs are sorted then. So why is taurine important for dog owners?

This is because despite all this it seems that cats are not the only ones suffering from taurine deficiency.

The symptoms of taurine deficiency in cats are well recorded. These are:

Out of the three symptoms observed in cats, DCM is one that is now frequently being mentioned in dogs.

DCM in dogs is an abnormality of the heart muscle wall, which becomes weak and thin, unable to properly contract to pump blood, and stretches like a water balloon, resulting in the dilated appearance.

The reason for low blood taurine levels and resultant DCM in dogs is thought to be twofold.

Taurine deficiency and DCM are commonly seen in dogs eating certain boutique diets and is also being observed in certain breeds of dogs.

It is thought that part of the blame for taurine deficiency lies with certain dog foods containing low levels of taurine, low levels of sulfur-containing amino acid precursors, or even the presence of anti-nutritive substances (substances in food which are either harmful or decrease the nutritional value of the food).

The precursors of taurine are the amino acids methionine and cysteine. These two amino acids are found in low levels in lamb meat.

A number of studies also suggest that certain carbohydrate sources can contribute to taurine deficiency in dogs.

These studies suggest that certain fibers which are more soluble, and a type of short-chain carbohydrates known as oligosaccharides which are more fermentable than others, can upset your dog’s digestion and cause taurine deficiency.

The mechanisms by which these contribute to taurine deficiency are:

Some common dog food ingredients, such as beet pulp, contain a lot of these highly soluble fibers, as well as fermentable oligosaccharides, so it is important to make sure they are not too high on the ingredients list.

There has been a rising trend in cases of taurine deficient dogs and resultant Dilated Cardiomyopathy.

This has been attributed to the rising popularity of certain boutique dog diets, grain free diets and those utilizing exotic ingredients.

These diets usually contain no grains and use a lot of pulses, legumes, and alternative protein, carbohydrate, and fiber sources.

These are thought to lead to decreased bile taurine reabsorption due to bacterial metabolism and loss in feces, as we saw earlier.

On the other hand, whole grains that have been used and are still being used in reputable dog diets nowadays are a rich source of cysteine.

Diets containing whole grains have not been associated with taurine depletion in dogs, and are generally considered by the veterinary community as safe for dogs.

Last but not least, dog food preparation processes can have a big effect on taurine bioavailability.

A dog food containing animal ingredients and whole grains does not necessarily mean that it will meet your dog’s taurine requirements because taurine content in food is highly dependent on food preparation processes.

Food that has been heat-treated, for example by baking or boiling, loses a lot of its taurine content in the process.

The loss is highest when water is used, as the taurine will leak out of the food into the surrounding water, which is then discarded during the production of most dog foods, including home cooking.

Primary Dilated Cardiomyopathy is a disease associated with certain dog breeds. DCM is commonly seen in the following breeds:

This means that in these breeds, the disease can occur independently of taurine deficiencies.

However, a taurine deficiency can increase their chances of suffering from this disease and make the symptoms worse. Carnitine deficiency is also suspected to have a role in certain cases of DCM in Boxers.

Another breed that is probably predisposed to DCM is the Newfoundland. Newfies seem to be unable to absorb enough cysteine and methionine to produce enough taurine, even if they are fed using an adequate diet.

Therefore, this breed would benefit from having these two amino acids supplemented in their diet.

In general, it is always a good idea to pay special attention to the cardiac health and blood taurine levels of large and giant breed dogs.

Compared to a Chihuahua or a Yorkie, their hearts have to work very hard to pump the blood all around their bodies, so this vital organ definitely deserves some TLC!

Is Taurine Added in Dog Food?

Although a lot of research is being done and a lot has been understood, science still cannot explain the exact mechanisms and why some dogs fed on such diets develop this disease while others live a long healthy life without any cardiac issues.

To make things even less clear, some dogs develop DCM after being fed a boutique or grain free diet but have normal blood taurine levels, indicating that the correlation between these diets and the condition can’t be explained simply as taurine deficiency and that other mechanisms unrelated to this amino acid might be at play.

However, although the correlation between DCM, boutique and grain free diets, and taurine deficiency is still a bit fuzzy, nutrition scientists are suggesting that grain free diets should still be supplemented with taurine as a precautionary measure, similar to what is done in cat diets.

Certain pet food companies have acted on these suggestions and added taurine to their dog feed formula.

To make sure that the grain free diet that you are feeding your dog is supplemented with taurine, take a look at the ingredient list on your dog’s food bag.

If you are worried that your dog is not getting enough taurine in their diet, it would be best to speak to your veterinarian who can suggest taurine dietary supplements if they feel your dog needs them after a thorough examination.

How Much Taurine Should Be in Dog Food?

The simple truth is that no one yet understands how much taurine should be in dog food.

The answer to that question depends on many factors that vary with every individual dog and many of which are not fully understood.

While certain trends seem to be apparent, the scientific community is still grappling with this issue and suggests taking conservative measures until further research can glean further information about this subject.

Nutrition is a very complex subject because it deals with something that your dog will have to deal with every day.

Whatever diet you decide for your dog will have a cumulative effect and while changes are often slow to appear, they are very significant.

We, therefore, suggest that you stick with diets from manufacturers that invest a lot in research, have a good track record, withstood the tests of time and are endorsed by recognized veterinary bodies.

As a veterinarian, I think that given what we currently know, avoiding boutique and grain free diets would be your wisest decision.

However, if this is not possible for whatever reason, I suggest that you talk to your veterinarian about how you can make sure that your dog will not suffer from any taurine, cysteine and methionine deficiencies. 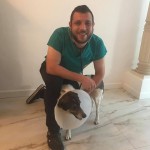 AUTHOR
Corey Farrugia
Dr. Corey, a veterinarian and owner of five dogs, fell in love with the subject of Animal Nutrition during his vet school days. He firmly believes that educating owners about dog nutrition is one of the most impactful aspects of his job.