By Kim Studdard
Last Update: May 28, 2022
This post contains affiliate links, and we will be compensated if you buy after clicking on our links.
Read our review guidelines

If you’re a dog owner, you must have come across the grain-free dog food controversy in the last few years.

Since 2018, the FDA has conducted extensive research on the potential connection between grain-free diets and dogs’ dilated cardiomyopathy (DCM).

You might be worried about your canine friend — what do all these mean? Are grain-free foods safe or not?

There is no final answer yet, but there has been progressing. In this article, you will find out what we know so far and what you can do about it as a dog owner.

FDA Reports on DCM in Dogs

Back in July 2018, FDA issued an announcement — they started investigating a potential connection between certain grain-free dog foods and reported cases of canine dilated cardiomyopathy.

The report was updated in 2019 to include names of the brands associated with higher DCM incidence.

In September 2020, the FDA joined Kansas State University’s scientific forum. The forum aimed to present all the findings on DCM and grain-free foods up to that point (the so-called KSU proceedings).

KSU proceedings reviewed the contribution of protein digestibility, taurine, and other factors in DCM development.

To this day, the research continues. No recalls have been issued nor strict dietary guidelines to prevent non-hereditary DCM in dogs.

As the disease progresses, the heart and its chambers become enlarged. Over time, it’s harder for the heart to pump blood.

Additionally, the fluids can leak from enlarged chambers into surrounding organs, chest, and abdomen. Ultimately, the disease leads to congestive heart failure and death.

Dilated cardiomyopathy has historically been linked to senior dogs and specific dog breeds.

However, in 2018, a number of cases were reported that didn’t fall into the pattern. Many dogs and cats, not known to have hereditary DCM, were developing this disease.

FDA defines a DCM case report as “an illness reported to FDA involving a dog or cat that includes a diagnosis of DCM.”

The first few cases were reported as early as 2014.

However, the biggest number of cases were brought to attention in 2018.

Between January 1, 2014, and July 31, 2020, there have been 1,100 reports of diagnosed DCM in dogs. This means that the reports included echocardiogram and/or taurine levels in animals.

The peculiar thing about these reports was that:

These two factors prompted FDA to launch an investigation into the real reason behind the DCM in these dogs.

FDA estimates that there are around 77 million dogs currently in the USA. A portion of these dogs is fed and thrives on grain-free diets.

1100 cases may seem insignificant compared to 77 million dogs. But the uptick in diagnosed DCM cases was enough for the FDA to launch an investigation.

From the beginning of the investigation, the FDA insisted on a multi-pronged approach. They clearly stated that the DCM is a multifaceted problem involving genetic, dietary, and other factors — and not simply attributed to all grain-free dog foods.

Brands That Were Included in FDA Report

FDA compiled a spreadsheet with the names of the reported brands and numbers of reports. Top 16 brands with at least 10 reports up until April 2019 are:

The reports include both grain-free and grain-inclusive dog foods.

However, as FDA reports, the common thread seems to be the presence of pulses, legumes, and potatoes as these foods’ main ingredients.

What Is Causing DCM?

Ever since 2018, FDA has worked with several institutions to pinpoint the real cause behind the higher incidence of DCM in dogs.

There were several factors to consider and determine what is causing the unusual cases of DCM:

The research on the matter is still ongoing.

Dilated cardiomyopathy is tied to several dog breeds genetically predisposed to it.

Larger dog breeds and specific breeds like Doberman Pinscher, the Great Dane, the Boxer, and the Cocker Spaniel are known to develop DCM.

Boxers may develop DCM due to carnitine deficiency. Cocker Spaniels usually develop it because of insufficient taurine levels.

Some of the presented research has been criticized because it included breeds that are known to be genetically predisposed to DCM. Including these breeds will obscure the real reasons behind DCM in dogs that don’t share such tendencies.

FDA reported that many dogs who developed DCM were on grain-free diets (91%) or diets high in peas and lentils (93%).

The animal protein in these foods has come from various sources, which ruled out the possibility of a common protein allergy.

So, naturally, the first suspect were grain-free dog foods.

In 2020, at the scientific forum hosted by Kansas State University, the participants underlined that blaming grain-free foods as a category is an “inappropriate over-generalization.”

To back that up, the KSU proceedings presented many factors that contribute to DCM:

In previous research, protein and amino acid digestibility have been linked to DCM, so that was another venue to examine.

It is often thought that plant protein is inferior to animal protein. Grain-free foods have ingredients like pea protein and similar. So it was necessary to examine whether protein and amino acid digestibility were lower than in grain-inclusive foods.

However, the KSU proceedings show that the presence of legumes in grain-free foods did not negatively affect protein digestibility.

The researchers also mentioned the rise in grain-free dog foods in the last 10 years (an estimated 40% of dogs are on grain-free diets). According to them, it does not correlate with a higher incidence of DCM.

Taurine is an amino acid, though it is not considered essential for dogs. Dogs can make taurine from methionine and cysteine, which are also amino acids.

Low levels of taurine have been associated with dilated cardiomyopathy in dogs. If your dog is predisposed to DCM, it’s good to check their taurine levels.

The research suggested that all the grain-free foods met AAFCO guidelines. They also had enough cysteine and methionine for taurine synthesis.

Furthermore, some reports to the FDA included low blood plasma and taurine levels. A study was done on Golden retrievers to determine if grain-free diets decreased taurine levels — they did not.

Not only that — the study found increased levels of taurine in blood and plasma.

KSU Proceedings concluded that grain-free diets alone do not cause a drop in taurine and amino acid digestibility.

From 2018, the FDA was researching specifically the role of peas, lentils, other legumes, and potatoes in DCM development.

Incidentally, grain-free diets contain more of these ingredients since they are used as a substitute for grains. However, grain-inclusive recipes can have them, too.

Peas, pulses, lentils, and potatoes have been used for a long time in dog food. There are considerable benefits to them — they provide fiber, vitamins, minerals, and healthy carbs for energy.

So, it’s not that the ingredients themselves are harmful — but the FDA suspected their quantity might be.

In August 2021, a new study came out from Tufts University. The researchers divided the dog food associated with DCM into two groups:

They then narrowed down these compounds to 30 most distinctive and then to 4 diet ingredients:

Out of these 4, it seems that the peas show the highest association with elevated compounds in 3P/FDA diets.

Researchers say that this is progress but that the results are still unclear.

The FDA, Kansas State University, and Tufts University research did not go without criticism.

In fact, some of the accusations are quite serious.

Ryan Yamka, Ph.D., calls into question the number of FDA reports, to begin with. He quotes Sanderson’s estimate that 0.5–1.1% of the general dog population is estimated to develop DCM.

Considering the US dog population of 70-90 million dogs, that would mean that 350 000–1 million dogs will develop DCM. This is much more than the presented 1100 cases.

Yamka also questions the US-specific incidence of DCM upheaval. He points out that many brands mentioned by the FDA also export dog food to other countries. So why haven’t we heard of the DCM increase in those countries as well?

Finally, Yamka severely criticizes the latest research done by Tufts University on the role of peas in DCM. According to Yamka, the methodology used (so-called foodomics) was construed to provide the desired results.

Not only that but most of the research was funded by pet food companies. This is not unusual, as pet food companies invest in research to improve dog food. Yamka states that Tufts’ study’s shortcomings could have easily been remedied via the sponsor’s laboratory (Nestle Purina PetCare).

Some voices question whether the FDA warning is a “war on peas and small pet food manufacturers.”

What Should You Do About the FDA Warning

First off, let’s start with grain-free diets. Although they are touted as the next best thing, the truth is — not many dogs are allergic to grains. Dogs are mostly allergic to animal protein, e.g. chicken and beef.

However, not all grains are equal. Whole grains and ancient grains are considered the best options, because they provide high-quality fiber, carbs, vitamins, and minerals. In other words, they help dogs thrive.

Grain by-products, on the other hand — like wheat middlings, oat fiber, corn gluten meal — have their purpose but aren’t exactly the most nutritious sources. Ideally, they should be further down the ingredient list.

If your furry friend is allergic to wheat and grains, grain-free diets might be a solution. Many dogs are thriving on grain-free foods.

Before switching to it, talk to your vet and let them do an allergy test. Don’t just decide that your dog needs a grain-free diet before consulting with a professional.

If you’re worried about DCM, know that certain breeds are more prone to it — like Doberman Pinscher, the Great Dane, Boxer, and Cocker Spaniel. If you have one of these breeds, regular check-ups are a must.

Symptoms of DCM include:

In terms of recovery, some dogs did make a full recovery after switching to grain-inclusive diets.

But let’s not jump to conclusions — we don’t know yet which factors influenced their recovery. Furthermore, among the FDA reports, some dogs with DCM were already on grain-inclusive dog food.

Dilated cardiomyopathy is a complex and multifaceted disease.

The FDA warning pointed out several venues to explore in the wake of the perceived increase of DCM in dogs.

The research is ongoing, and it might take a few more years before we can draw any definitive conclusions.

In the meantime, remember that every dog is different. While some dogs thrive on certain diets, for others, they may aggravate their health problems.

The best you can do is talk to the professional before switching to any new diet, grain-free or grain-inclusive.

If your dog is at a heightened risk of DCM, monitor their condition and do regular echocardiograms and taurine levels tests.

This way, you will get proper information and ensure a happy, healthy life for your furry friend. 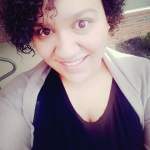 AUTHOR
Kim Studdard
Kim Studdard is a freelance writer for many websites in the pet universe. When she isn't spending time with her family and pets, or saying "Look a dog" everytime she sees one, you'll find her reading a book or traveling the U.S.