By Cathy O'Brien
Last Update: August 1, 2022
This post contains affiliate links, and we will be compensated if you buy after clicking on our links.
Read our review guidelines

The short answer is — no, dogs shouldn’t eat raw bacon. Although dogs love bacon, you should know there are quite a few risks involved.

Dogs can eat bacon, but they shouldn’t. You know by now that bacon isn’t the healthiest food for humans, either. Like ham, it’s very high in salt and fat, which can cause many health issues.

Dogs are more sensitive to salt and fat content, so bacon shouldn’t be used as dog food. An occasional slither won’t harm healthy dogs, but a regular bacon treat can lead to obesity. Obese dogs are more prone to severe diseases like heart disease, cancer, and diabetes.

Bacon is especially harmful to dogs with pancreatitis. Pancreatitis is a serious condition when the pancreas (an organ in the G.I. tract, in charge of fat digestion) becomes chronically inflamed. Any food high in sodium can lead to this condition.

The high salt and fat content of bacon can further irritate this disease.

While raw, i.e. uncooked, bacon is technically safer for dogs (because of the lower salt content), it is best to steer away from it.

The concern with raw meat are the parasitic larvae and bacteria. This is especially true for a parasitic worm that causes trichinosis, i.e. trichinellosis. While it’s on the decline in Western countries, there are still instances of this serious condition.

Trichinosis is an infection caused by Trichinella spiralis worm, which can go undetected for years. Once ingested with undercooked or raw meat, the worm produces larvae that can migrate throughout the dog’s body. The treatment can last for years, depending on the severity of the condition.

That being said, if your dog ate raw bacon in a small amount, it probably wouldn’t hurt them. You can offer ⅛ to ¼ of a strip to a small dog, and about ½ strip is considered sensible for larger dogs. These should not be a regular treat.

Additionally, make sure the meat comes from a reputable vendor that adheres to strict food safety standards. Instead of bacon, it might be best to opt for a proper raw food diet for your canine.

Both unsmoked and smoked bacon is usually cured in salt. Smoking is used to add flavor to bacon through the use of smoldering substances, usually wood.

Smoking bacon is used in many countries for the prevention of trichinosis. But, smoking won’t necessarily extinguish all larvae of the Trichinella worm.

Furthermore, smoking bacon can introduce carcinogenic substances to the meat.

Additionally, smoked bacon is very high in salt, which could lead to salt toxicity.

Smoked or not, the safest bet is to cook the bacon and, if you must, feed your dog only a small amount.

While it is true that dogs use fat sources for energy, it doesn’t mean that the bacon fat is good for them.

Bacon fat is a rich, calorie-dense source of energy. At the same time, it can easily irritate the more sensitive stomachs of dogs. Not only that, but if the dog is not used to it, even the healthy intestinal tracts can get inflamed.

Additionally, if the dog is on a calorie-restricted diet due to a health condition, e.g. pancreatitis, they should avoid it altogether.

An occasional piece of bacon fat is no reason for concern, provided you have taken necessary precautions.

You should not feed bacon grease to your pooch.

Bacon grease is oily and arguably the highest in fat. So, it’s extremely heavy on the stomach of our four-legged friends.

Furthermore, as with other parts of bacon, it will lead to obesity and other associated health risks.

Pork is a regular part of the canine diet. As such, it is safe for dogs — if the meat is cooked, served plainly, and in a moderate amount.

It’s important to note that other protein sources, like poultry, are more digestible for dogs and might not upset their stomachs as much.

Pork allergies are not as common as poultry and beef allergies. But, if your dog has been diagnosed with a pork allergy or intolerance, it’s best to avoid it altogether.

Is Bacon Bad For Dogs?

Yes, just as it is bad for humans.

Naturally high salt and fat contents make bacon unhealthy. While some variants irritate a dog’s stomach less, that doesn’t mean they should be a part of a dog’s regular diet.

The risks involved depend on preparation as well. Heavily greased, fried bacon is by far the worst option for dog treats.

Over time, bacon leads to obesity. Dogs are not at the same risk of cardiovascular diseases and high cholesterol as humans but stored fat increases the risk of many diseases.

What Happens if a Dog Eats Raw Bacon?

The biggest concern with raw bacon is the parasitic worm that causes trichinosis, i.e. trichinellosis. Its larvae are usually destroyed in high temperatures, so raw. i.e. uncooked food is bound to pose higher risks.

Symptoms of trichinosis include:

What to Do if Your Dog Ate Raw Bacon?

If your dog ate bacon, you should take the following steps:

Step 1: The first thing to do is watch out for symptoms. Pay close attention to any signs of pain and discomfort. These include abdominal upset, lethargy, regurgitation, and diarrhea.

However, don’t panic! Even if diarrhea occurs, the odds are it will go away in a few hours.

Larger dog breeds may be able to pass the bacon easily, with no accompanying symptoms.

Step 2: Depending on the dog breed and the amount consumed, you may need to take your pet to the vet’s office. The risks of stomach clogging and severe physical injuries due to bacon ingestion are minimal, unlike with some other foods.

The vet will check your dog for any signs of dehydration.

Step 3: Milder cases are usually treated with a strict diet for a few days. More severe cases might require drawing a blood sample and further investigation.

Repeated symptoms could point to a more serious issue, i.e. either pancreatitis or trichinosis. In these cases, it’s essential to take the dog immediately to the vet clinic, where they will usually look for markers of these diseases.

Treatment of the two conditions above can be a life-long effort.

Step 4: Additionally, if you have an older dog with diagnosed heart problems, it’s best to call and visit the vet clinic immediately.

How to Prevent Your Dog From Eating Raw Bacon

Hopefully, by now, you are convinced that the raw bacon, although delicious, brings more harm than benefits to your pooch.

How can you prevent your dog from getting a hold of it and causing an impromptu visit to the vet?

It’s best to keep the bacon out of the dog’s reach. This means you should put it in a safe place, preferably on high shelves, in a refrigerator, or similar.

Additionally, it would be best if you trained your pup immediately to know boundaries and not eat food that falls on the floor, for example.

Dogs need fat for energy, and raw pork can be a part of a dog’s diet, but bacon is not the best choice.

Luckily, there are plenty of alternatives your four-legged friend will enjoy.

Chicken is an excellent source of protein and will not cause an upset stomach in dogs.

Lean turkey meat is another great option when you want to treat your dog.

If you wish to feed pork to your dog, it’s better to choose tenderloin and plain, cooked pork than ham, bacon, and other processed options. Check out other foods your dog can

Alternatively, many manufacturers produce bacon-flavored treats that are safe and beneficial for dogs.

Raw bacon is not good food for dogs, and it is best avoided. Just a small amount probably won’t hurt them, unless they are sensitive. However, prolonged ingestion of bacon leads to stomach upset, and it can further irritate pancreatitis. Fatty foods can cause debilitating diseases — trichinosis, obesity, cancer, heart diseases, and diabetes.

There are many types of meats and treats that are much better for your pooch and just as delicious. Check out a list of foods your dog can safely eat.

Will bacon hurt my dog?

It’s highly unlikely that bacon will cause serious harm to your dog. Sometimes, the dog will get an upset stomach. In more severe cases, bacon can cause an episode of pancreatitis.

Rarely, bacon will be infested with a parasitic worm that can cause severe disease. However, you should give your dog only small amounts of bacon and occasionally. Do not use bacon as a treat.

Can dogs get worms from eating raw bacon?

Yes, in rare cases. Raw bacon can contain the larvae of a parasitic worm. The most common one is Trichinella spiralis, which causes trichinosis. The treatment can be long. Usually, this worm is destroyed by cooking food.

Can dogs eat 1 strip of bacon?

Yes, it is not recommended that you give your dog 1 whole strip of bacon. Because of high salt and fat content, this will likely cause digestive issues. If you want to feed your dog bacon, give only small amounts (⅛ to ¼ for smaller dogs, up to ½ of a strip for large dogs). Do not use bacon as a treat. 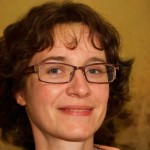